are you being framed? 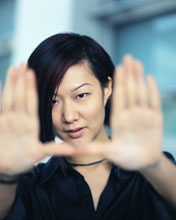 Counterparts in negotiations always face more than one possible outcome. Many times, the possibilities or options, are many. However, when it comes to choosing between attractive courses of action, most people would rather have a bird in the hand, so to speak. This is a basic tenet of human behavior, most commonly referred to as risk aversion. Being conservative, playing it safe, or watching your back is quite a trait carried by most logical thinkers. More than  85% of students from past MBA and Executive negotiations courses would rather have $10,000 than a 50/50 chance at having $20,000.

Strangely enough though, if you turn the tables mathematically and offer people between losing $10,000 or a 50/50 chance at losing $20,000, the majority choose to gamble. It now becomes an avoidance conflict in which both options are unattractive. In fact, they're both awful. This is also a basic human behavior – risk seeking. Of course, the question is obvious – How can people be both risk averse and risk seeking?

People decide whether to embrace or avoid risk depending on how the problem or situation is framed. When people are asked to make decisions based on win-win scenarios (a sure thing vs. a gamble), they are much more apt to be risk averse. However, if the exact same problem is framed from a lose-lose scenario (lose something vs. lose nothing), people are much more likely to take a gamble.

Many decisions we face can be framed in either light. A simple reference point is what differentiates a gain from a loss (from any one person's perspective), and a savvy negotiator knows how to frame the offers he presents by using selected reference points. A wise marketing saying is, "perception is everything," and in negotiations this certainly resonates.

It is obvious now that you are much better off putting your counterpart in a "gain" frame because it will increase your chances that he will take your offer(s). If your counterpart sees your proposal(s) as a "loss," he may do something risky, like choosing another alternative to you.

Framing is a powerful tool and resource, however, just as you can frame others, you can also be framed! In order to avoid being framed, analyze and understand your reference points well before taking your seat at the negotiation table.