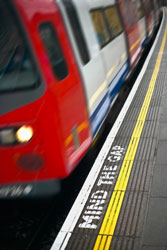 In every successful negotiation we have ever been part of, we have found, and even more important, exploited a gap.  For example, a client that specialized in data management services found themselves in a situation in which one of their customers believed that building their own database would be better, faster and cheaper than buying what they said were the outrageously expensive services of our client.  When we helped them analyze this, we found huge gaps between what the customer needed and wanted and the customer's consequence of not reaching agreement - building it themselves.

For one, although the customer believed that building their own database would be better because they'd be able to customize it, we realized that, by doing so, they wouldn't be able to integrate their new database into the old one.  We also realized that even though they thought they could do it faster themselves, it would actually take twice as long as they anticipated because they hadn't considered many of the steps that had to be taken.  Nor would it be cheaper, even though they thought it would, because they had neglected to take into account the cost of the ongoing maintenance of the database.  In addition, building their own database would expose them to enormous risks.  Needless to say, when our client presented to its customer, they made sure their client understood the value of their solutions.

Listen to a short video of Brian Dietmeyer, President and CEO of Think! Inc., and how he personally learned this lesson.