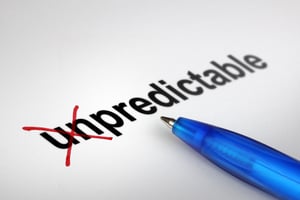 Traditional negotiation training, as you no doubt already know, consists largely of memorizing long lists of tactics, countermeasures, and tips and tricks designed to prepare sales teams for every possible negotiation situation. This is based on the assumption that in a negotiation you never know what’s going to happen, and must, therefore, be prepared for anything. But what if I were to tell you that despite what you’ve always heard, 97% of what a seller is likely to hear coming out of a buyer’s mouth in a negotiation cannot only be anticipated, but also, if not nullified, at least greatly reduced in its power? (1)

In the process we learned that sometimes buyers focus on the second category, saying things like:

“Lower your price.” or

Most of the time, however, buyers focus on both categories at the same time, arguing that:

“Everyone else does that for free.” or

“You’re much harder to deal with than everyone else.” or

“Your competitor just lowered their price by 10%!”

In fact, our research shows that globally the most common buyer tactic is:

“I can get the same thing [alternative] from someone else cheaper [concession].”

or any one of a number of similar arguments that have served buyers well since the 1980s. And the result, more often than not, is the salesperson heads back to HQ, repeats the buyer’s tactic, and the company winds up offering a discount; thereby reducing its profit. In other words, buyers all follow the same pattern of leveraging the alternative to ask for something.

It is now the time to put an end to this! We do that by relying on facts, data and concrete insights into “same thing” and “cheaper.” Developing such insights is the purpose of an emerging practice of leveraging data that provides insightful knowledge to be used when selling and negotiating. Taking this approach essentially means moving away from training salespeople on generic negotiation methodology. Instead, provide them with data enabling them to change, and lead, the negotiation conversation, rather than just reacting to it.

What makes all this possible is the fact that what salespeople are likely to hear during negotiations is almost entirely predictable (97% of the time!). Once they understand that, they can arm themselves with the facts they need to change the conversation early on in the sales process to avoid problems, as well as counter whatever arguments they may hear in the final stages. Perhaps most important, these facts give them the confidence that comes with having a realistic view of the future, This, in turn, provides them with an edge they can’t get anywhere else.

At Think! we provide hard data with which salespeople can counteract “same thing and cheaper,” and then train them on how to leverage that data in a negotiation, giving them an advantage not only with their buyers, but with their competitors as well.

(1) "I Can Get the Same Thing Cheaper" (And Other Negotiating Myths): How to Anticipate and Prepare for 97% of Verbal Tactics