trends that challenge even the best negotiators 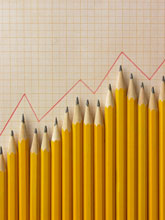 How can these trends be addressed?  Find out by requesting a sample excerpt from B2B Street Fighting - three counterpunches to change the negotiation conversation.